Power Outage Prep: How To Handle a Widespread Loss of Power

UPDATED: July 6, 2020 What follows are some tips on how to handle a widespread power outage. At the bottom of this piece, you’ll find some easy methods of power outage prep. 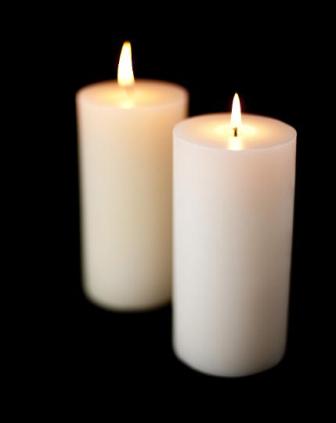 mples of widespread power outages — both in the United States and around the world.

On September 19, 2012, almost 7,000 homes in and around Portland, Oregon, went dark. It was Wednesday, just after 8:30 p.m. A Portland General Electric substation in Southeast Portland had malfunctioned. The ultimate culprit: faulty wiring.

The outage lasted less than two hours. This was a fairly common and not altogether troubling or inconvenient power failure.

However, earlier that day, more than 5,000 customers lost power due to equipment failures in Multnomah and Washington counties. These outages were reported to have been caused by a severed power line near the Portland Community College Rock Creek campus.

Thus, in the span of a few hours, upwards of 12,000 homes were without electricity.

On December 14, 2006, a windstorm disrupted power grids throughout Washington, Oregon, Idaho. The outage was so widespread that it stretched all the way up to British Columbia. Some areas were without power for more than a week.

Next up: more recent history.

Even worse: “Tens of thousands of people (were) bracing for snowfall Monday and the possibility of preparing Thanksgiving dinner in the dark.”

Fast forward to 2019: It’s Halloween and 2 million people are going to soon be without power throughout the northeastern United States and southeastern Canada.

These are just a few examples of how a widespread power outage can affect the people who live in regions susceptible to wind and other powerful storms.

But as we mentioned above, it’s not always weather-related or caused by natural disasters. In 2003, a blackout that spread throughout the U.S. Northeast was found to be caused by a software bug.

And in India, unreliable and inadequate electrical infrastructure was to blame for the biggest power outage in world history: 620 million people, about 9% of the earth’s population were in the dark in the summer of 2012.

Loss of power can happen at any time, for a variety of reasons, and affect you and your home in a variety of ways. Preparation is essential when unexpected events occur so that you and your family will stay safe during extended power outages.

In order to prepare for a power outage and for potential damages, your best defense is to maintain the following in your home:

During a power outage, your local electrical companies will be working hard to restore power. Help them out by reporting your outage online if at all possible or by calling their power outage phone numbers. In many cases, cell phones will not function if cell towers are without power. Only landlines will work.

One last thing: Please install carbon monoxide detectors if you don’t already have them. Be aware of the potential for carbon monoxide poisoning and never burn charcoal or camp stoves in the house. You can find more information here.

Soon, your electricity will be restored and you will be glad you took precautionary measures to ensure the comfort and safety of your family.