Types of Electrical Components: What Do They Do? 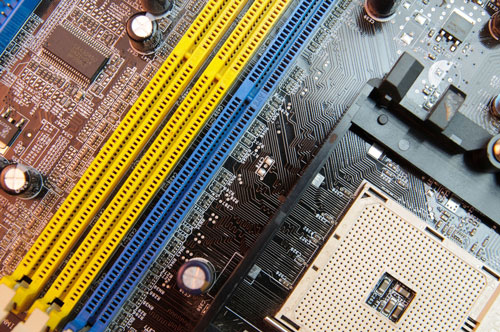 We’re surrounded by technology and electronics. Even the most complex electronics come from a number of basic components: switches, wires, resistors, capacitors, diodes, transistors, and integrated circuits. With this post, we will take a look at different types of electrical components and their uses.

Types of Electrical Components and Their Uses

In order to reduce the risk of electric shock, one should place a switch on the “hot line.” This makes it so that when the device is turned off, it is at the same voltage as the ground.

Necessary for all electronic devices, wires are pieces of metal that allow for the transportation of energy. Typically, designers coat them in an insulating material that helps to prevent electrocution when handling. Engineers, electricians, and designers manufacture them with a plastic or rubber-coated material. They make smaller wires using ductile materials that bend easily.

This electrical component works to resist the flow of an electrical current. It’s one of the most basic parts used in electrical circuits and comes in a variety of resistance values, or levels of current resistance. We measure resistors in “ohms” units. We designate resistors by how much power they can handle without burning. They lose energy deliberately, in the form of thermal energy (heat).

Appliances such as electric heaters, toasters, and electric ovens all use resistors to turn current into heat, then use the heat lost from the resistor to heat the surrounding area.

Also considered one of the most basic parts used in electronic circuits, capacitors are used to store an electric charge temporarily. They have a much higher power density than batteries and can give off energy faster. However, batteries of comparable size can store more energy than them, making them ideal for applications that require storing small amounts of energy, then releasing it very quickly.

It is available in several varieties, with the most common being electrolytic and ceramic disks. We measure amounts in microfarads.

This device allows electrical currents to flow in one direction only. It is essential for the conversion of alternating current into direct current (AC to DC). We find them in AC adapters and other rectifier circuits.

These are small switches that are triggered by electrical signals, basically controlling the movement of electrons. They serve as the core building blocks for microchips. A transistor uses a signal to tell the device to either conduct or insulate, which will enable or disable electricity flow.

They are integral to modern circuitry, with millions of them in use in modern integrated circuits for computing. The most basic type of transistor is the bipolar junction transistor.

The integrated circuit is an incredibly small device. Designers make them out of semiconductor material. It serves as the “brain” of everything. It can hold hundreds and even millions of transistors, resistors, and capacitors and can store data using either analog or digital technology.

The device has a number of functions, meaning it can act as an amplifier, oscillator, timer, computer memory, microcontroller, microprocessor, and more. They are a fundamental part of all modern electronics.

Electronic Components: Red Flags to Look Out For

All of these small pieces make up the basics of the electrical power that you need throughout the day at home and work.

Do you have appliances or electrical wiring in your home that may be faulty or need repair? Let’s fix them right away. Faulty wiring or old electrical panels can be very dangerous. They are the leading cause of residential fires in the United States.

Be sure that things are in good working order. Note any warning signs that your electrical system may be giving you that something is wrong. These may include:

If you have any questions about the basic electrical components in your home or are concerned with something that may be malfunctioning, contact Prairie Electric.

We can service everything from circuit breakers to your home’s wiring, and can even do home pre-wires as well as complete turnkey solutions for electronic devices such as cameras and security systems.