Most of us lead lives filled with electrical gadgets. We have computers and televisions,toasters and mixers. Each member of the family has a phone or tablet or another item that needs recharging. So many gizmos, all competing for limited electrical outlets.

Our need to access multiple outlets to power all this technology is higher than ever. But many homes and offices predate our electronics-dependent lifestyle and are equipped with an inadequate number of outlets. When that’s the case, people often turn to surge protector power strips.

Surge protector plug strips help us get around a lack of outlets. They multiply a single plug into one that can handle half a dozen items. Also, they protect against electrical power surges. As a temporary solution, power strips are adequate. But as a long-term answer, plug strips don’t make the grade. 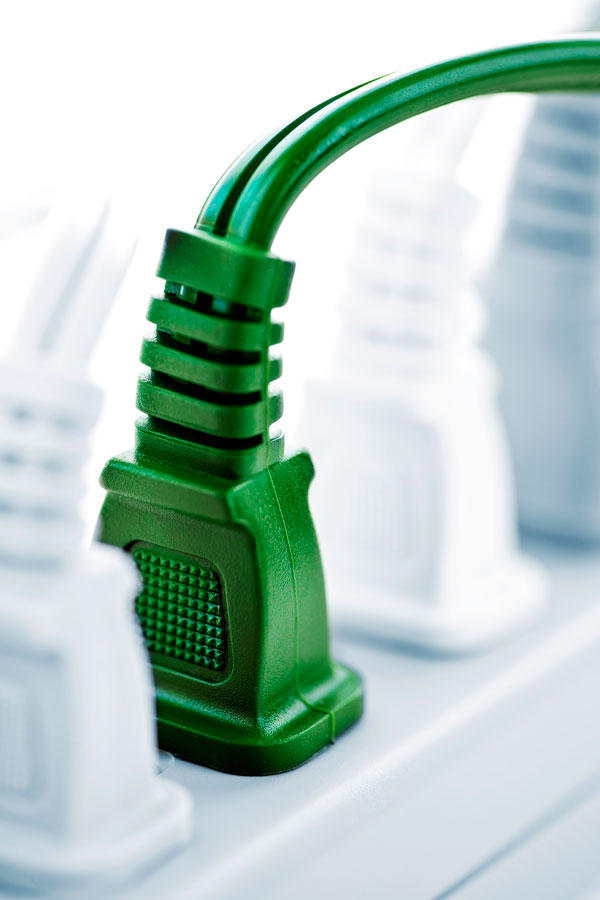 Surge Protector Receptacles: A Better Way to Power Up

Some people go a little crazy when it comes to connecting plug strips, installing one in just about every corner of the house. There’s a safer and more attractive way to get the outlets you want and the protection you need.

Prairie Electric can replace your standard wall outlets with Pass & Seymour surge suppressor receptacles. With these, you can safely plug any of your expensive electricals directly into the wall unit.

You should never plug one surge protector into another. Surge protectors don’t always come with directions. Many people aren’t aware that there is a right way to use these devices.

When you piggyback one surge protector onto another, you’re creating hazardous electrical issues. These safety devices aren’t designed to plug into one another.

Nearly 20 percent of all failures and fires stemming from surge protectors happen as a result of daisy chains, according to a publication by the U.S. Office of Compliance.

Interconnecting surge protectors, each with devices plugged into them, then feeding them into a single source at the wall burdens the units. More electrical current runs through the devices than is safe, causing an overload that has the potential to start a fire or trip a circuit breaker.

Daisy chains overload the surge protection technology, putting your electricals at risk during power surges. If you must use a power strip as a temporary solution, stick to one at a time. For a long-term fix, contact Prairie Electric to install a surge protector receptacle.

Prairie Electric is a full-service electrical contractor ready to help with your next project. Contact us today.