Does My House Need to Be Rewired 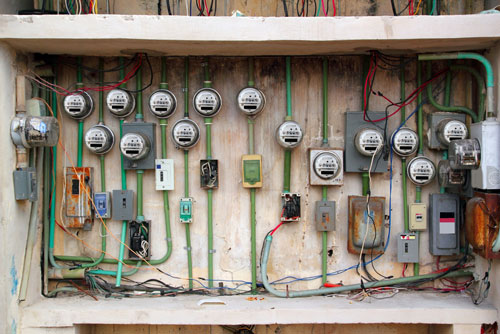 Each year in America about 46,000 buildings catch fire because something went wrong with the electrical system, according to the U.S. Consumer Product Safety Commission.

The category includes blazes started by frayed extension cords or overheated  lamps. In most cases, however, the fire started in the wiring.

Exact causes can get technical, but they usually boil down to the fact that components of the system that juices our lights, appliances and screens are vulnerable to becoming outdated, worn out or overburdened.

The problem has the potential to get worse as we use and charge more cellphones and computers and take for granted the technology that makes it possible. Homes are the buildings most prone to electrical fires. More than 80 percent of electrical fires are in single-family houses or duplexes, according to the U.S. Fire Administration, a division of the Federal Emergency Management Agency.

Does My House Need to Be Rewired?

So how do you know your home needs to be rewired? A first step is determining whether you should have an electrician inspect your home.

According to the Consumer Product Safety Commission, if a home’s electrical system has not been inspected in the past 40 years, an inspection is overdue.

The commission has documented fires in homes 40 to 100 years old that had never been inspected. It’s possible that the last electrician who inspected your house recorded the date on the inside of the circuit breaker panel.

The safety commission says inspecting homes older than 10 years is advisable. The Electrical Safety Foundation International, nonprofit group, says an inspection is especially needed if the home has undergone a major renovation or had a major new appliance installed.

The Electrical Safety Foundation lists eight other signs that a home might need to be rewired, and certainly should be inspected.

Another consideration is whether the home has aluminum wiring. Because of a copper shortage in the 1960s, U.S. homebuilders wired with aluminum.

Homes built before 1972 with aluminum wiring are 55 times more likely than homes wired with copper to have one or more wire connections at outlets reach “fire hazard conditions,” according to a survey underwritten by the Consumer Product Safety Commission.